The Dōngzhì Festival in China, also called the Chinese Winter Solstice Festival, is one of the most important and popular holidays in China. Some argue it’s actually more important than the Chinese New Year!
Chinese people observed astronomy and the laws of nature and found that the Winter Solstice is the shortest day of the year. After that day, the daytime gradually becomes longer, and spring comes as winter fades away. Hence, the start of a new year actually starts on Winter Solstice instead of the Lunar New Year.

Okay, so first things first: What do people eat on Winter Solstice?
People in Northern China eat dumplings during the Winter Solstice. Dumplings are a very popular folk food with a long history in China.

Check the bravo dumplings our staff made!

Eating Tangyuan is another traditional custom for Winter Solstice and is particularly popular in southern China. Tangyuan is also called Tangtuan (gnocchi) or Tuanzi (dumpling) and is a dessert made from glutinous rice flour. The character yuan (round) indicates reunion and that something is perfectly successful.

Paint Protection Film VS Vinyl Wrap – How to Choose? 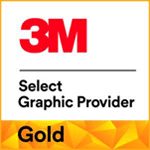 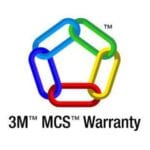